For research more than anything I thought it would be interesting to have a look back at facebook in 2005. Below are two interviews with Mark Zuckerberg at the time, one from Stanford is very detailed, plus profiles images taken from that year and statistics on how the website was growing.

These were very early days for the social network and few would have imagined it’s continued rapid growth world wide.

In September high school students were allowed to join

The company was estimated to be valued at $100 million

By Septemeber there were 3.75 million college users

International expansion was well under way (see the 1st clip below) 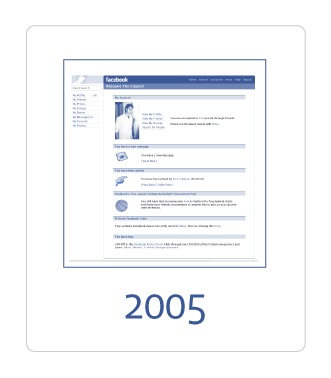 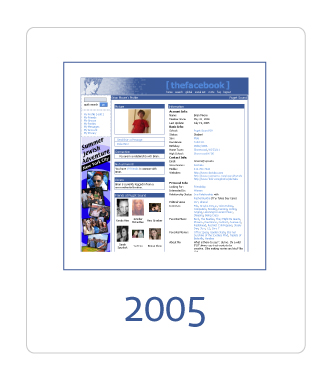 This first interview was recorded in June 2005. In it Mark speaks openly about the growth of Facebook and how it was beginning to reach Europe, long before any Europeans could set up a profile on it. At the time it was only open to students of around 800 US colleges.

This video clip is the first of nine recorded at an Entrepreneurial Thought Leaders Lecture given in October 2005 at Stanford University. All nine parts can be found here.