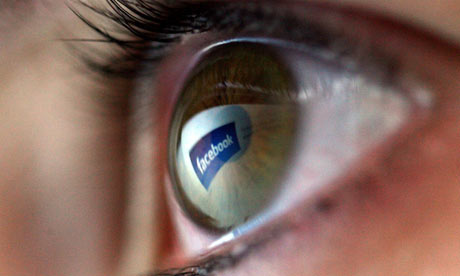 The new Facebook Deals is hardly anything new. Already in Ireland we have 20 such websites competing for our deals business. But Facebook was doesn’t work by making ground breaking moves, instead Facebook works best by picking the best services it can replicate and roll out to its massive audience. The ‘like’ button was a copy of the Digg button, the real-time newsfeed was heavily influenced by Twitter, Facebook Places and Check-in Deals is Foursquare so it’s no surprise that highly successful sites like Groupon, with an already easy to copy business model, would feature on their radar. Facebook Deals could become a huge success. After all Facebook can leverage it’s huge network and all that comes with it, from the newsfeed to the demographic data, to ensure the cards are stacked in its favour.

Deals will be a very interesting proposition for retailers, but I don’t think that’s the real news here. Thinking long term there’s three important implications I think Deals could have on Facebook;

I posted recently how I thought consumers may not yet be ready to make purchases via the Facebook platform. They’re not familiar with it, they may not trust it, they make their purchases already via other channels so why change? Unless there’s a reason for them to alter their buying behavior (ie. the ability to buy goods that are exclusive to Facebook) then they are unlikely to start buying goods via Facebook. In a short space of time, Facebook Deals could alter that behavior as consumers seek to avail of the massive discounts on services in their area.

I also posted recently how 2011 will be the year Facebook Credits cross into the mainstream – ie. get known outside of games. X Factor have already stated their intentions to use Credits as a payment method for votes on the show later this year. That’s one way to get Credits noticed – by associating them with the biggest TV show on the planet. Facebook Deals can also be purchased using Facebook Credits which will get them more exposure. With Facebook taking a 30% cut on Credits, and intending to charge businesses for using Facebook Deals, Facebook could offer deals purchased with Credits at a discount above those purchased using a credit card. Who wouldn’t want a double discount?

Just after writing this I found this link which suggests expanding the reach of Credits may be an important long term aim with Deals.

The final point on Facebook Deals, isn’t necessarily a positive one. Will Facebook Deals establish Facebook as a discount platform a glorified Groupon? Where, in the eyes of the consumer anything bought on Facebook has to be discounted in order to compete. If everything is discounted where is the competitive advantage for businesses and what prevents the Facebook platform from becoming cheapened? I don’t think group buying deals offer businesses a realistic long term revenue stream. For a short term boost to business or to get people through the door of a new business for the first time they are useful. However in the medium to long term you have to question their real contribution to your brand. In the race to the bottom nobody wins. Other bloggers think it could affect the platform by cluttering newsfeeds with too much marketing information, which would certainly annoy Facebooks one true asset – it’s gigantic user base.