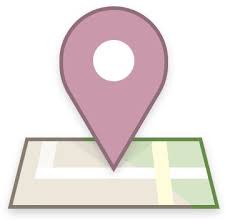 There’s a couple of really big things on the burner for Facebook this year, the top two are Facebook Places and Credits as they take the social network into new territory. Places brings it local and mobile, while Credit’s is its very own currency.

Places launched in late summer 2010 in the USA and is now officially available to Irish users after a lengthy wait. Some Facebook users have been growing impatient of late given the relative size of Ireland, and the big presence Facebook has in this country, but it’s finally here. While the internet has been blamed for the decline of high street shops, offering shoppers better choice and value, services like Places puts the spotlight back on these real world places again. We might have been late to the Places party, but Facebook Deals is apparently due very soon, offering promotional incentives to users to frequent businesses.

Facebook Places makes use of real world locations, allowing fans to check into businesses across the country. This check in is sent to friends newsfeeds and a Place page is generated if one doesn’t already exist. Chances are a page for your business already does exist. Just do a search on Facebook and filter results by ‘Places’, although this has yet to be added to the search function on Facebook as I type. You can also claim your ‘places’ page and merge it with your current Facebook Page. Here’s a post from last summer outlining the service when it launched in the USA.

Facebook Deals rolled out across Europe earlier this week. The good news is Irish fans won’t have to wait much longer for Deals. It’s essentially like a Groupon type service that allows businesses to offer discounts to fans who ‘check in’ to their business using Facebook Places. The service has four basic types of deals to attract more business. These are;

1. Individual Deal – This is to reward one customer for a single check in. This works  best for more expensive one off type purchases where the incentive can be more substantial and multiple check-in’s are not required.

2. Friends Deals – This works best for groups, where a single check in with a certain amount of tagged friends can earn a discount, free gift or a service upgrade for the group.

3. Loyalty Deals – Reward fans who check in a specified number of times. This appeals more to less expensive goods or services, that would be used on a regular or semi regular basis.

4. Charity Deals – Instead of rewarding the fan who check’s in, why not reward check-ins with a donation to a charity. The donation could be made on a per check in basis or once a certain level of check in’s have been reached.